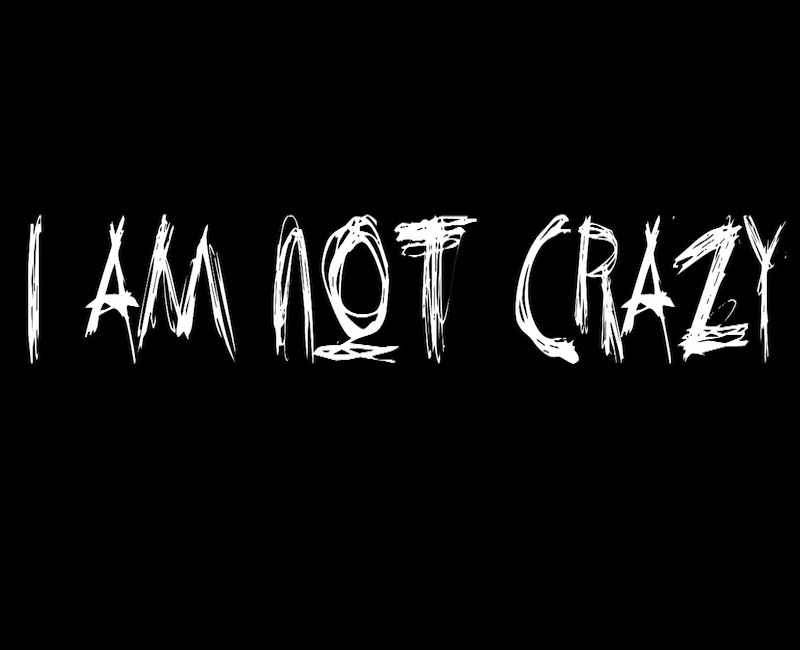 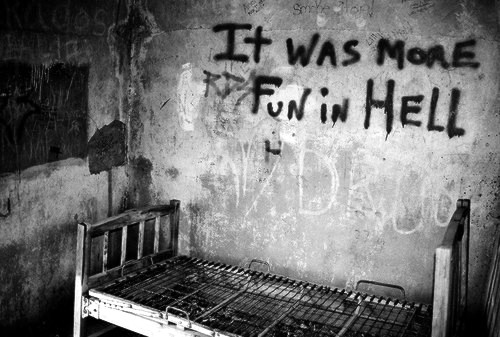 A few years ago I was researching psychotic behavior for a character I was developing in a piece of fiction.  After interviewing some of my ex girlfriends I realized deranged, maniacal and batshit crazy was not fitting for this character.   I needed psychopathic, sociopathic, religious definetely, narcissistic perhaps, looney even…  I needed to chat with my mom.

After traveling down memory lane with mom and being convinced the true source of her issues is my grandmother, I opted to leave family be.  I managed to track down an old classmate who was the project leader responsible for upgrading one of America’s last arcane asylums to a state-of-the-art mental health institution.  He tells me “Crazy is not what most people think it is.  Let’s start you gentle with the social capable.” 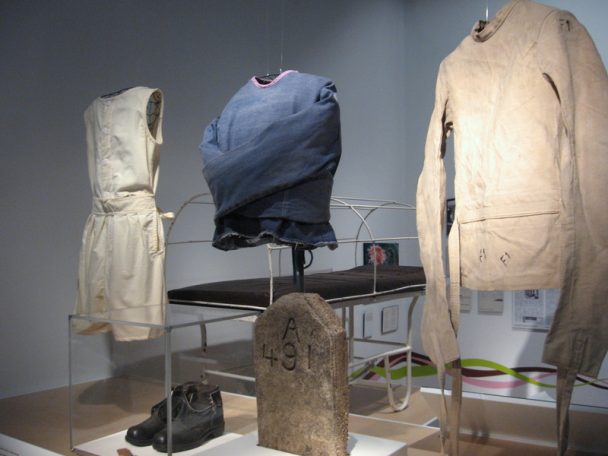 I arrive with the assurance in mind.  Nurse Edna educates me that among the psychiatric patients there are also some committed via the insanity defense plea but she could not disclose individual history however she will watch out for me.  With this forewarning in mind, I follow her to the Activities Room.

I see Bob enthusiastically watching a blank white wall, with a nod from Nurse Edna, I cautiously ease into the seat next to him.  Instantly he slaps my arm with the back of his hand.
“Did you see that?  Did you see that?  He shot 100 people and didn’t need to reload once!”
I look from the blank wall to Bob.  “Yeah, movie guns are cool.”  …Perhaps the response is a bit too actual world…
Bob excitedly blurts back “You saw that though right?!  You saw that???”
A bit worried, and scared by the very anxious and passionate reply of someone committed to a real nut-house, I respond, “Yeah!  That shootout was epic!”
To which Bob falls stone faced and silent, a string of drool stretches from the corner of mouth.  His breathing heavies to a growl, eyes remains perfectly focused on me.  I have seen this before, my dog when he’s readying himself to charge.  Senses fire danger danger, I ready myself to defend against the charge of a deranged lunatic… How does one fight the criminal insane?  What if I hurt him?  What if he hurts me?!?  Didn’t Edna say she’ll keep an eye out for me?  Where is Edna?!?  What if he bites me and infects me with…  Aggressively Bob swings his glare from me to wall then back to me.  I tense, hands ready to fly into defensive motion, left on lapel, right on neck, leg sweep and follow his fall, gently put him on the floor and is that drool on his lapel?  And what is that yellow stain on his collar under all that …dandruff?  I hope that is just dandruff…  Staring straight into my eyes Bob states matter-of-factly, “Man, you crazy, that’s a blank wall.”
Bob throws a look of absolute disgust at me and heads off down the hall. 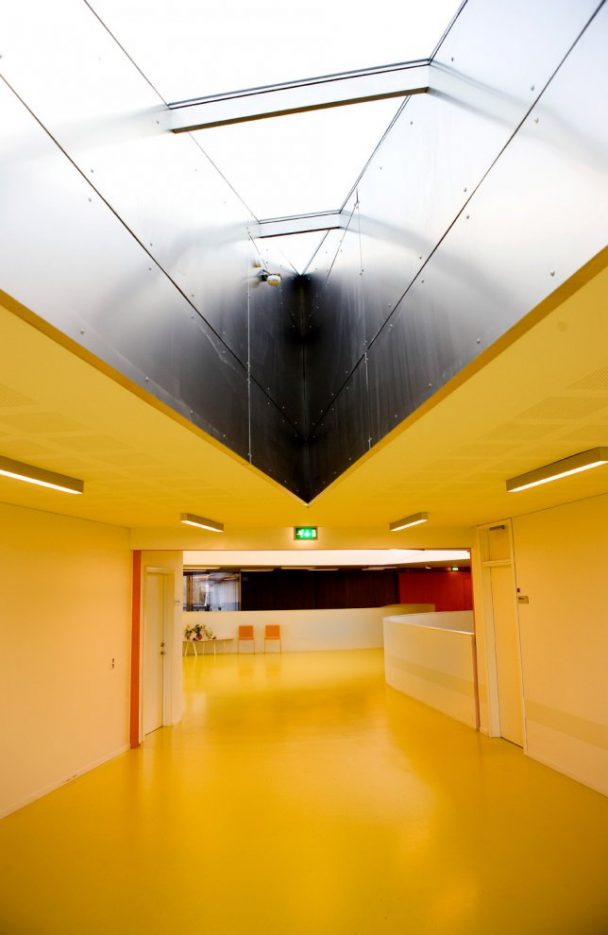 The sigh-of-relief trapped, like a constipated fart, it just wouldn’t exit.  From behind me I hear “Move, get out tha way, if ya see me on the highway ya betta get outta ma way!”, I turn and is greeted by a huge head steering a Frisbee and shifting with a cane.  “Zup, I’m Steve, I’m driving to Vegas, hop in!”  I needed a minute before the next encounter.

I spot Nurse Edna across the room behind Steve frantically hissing at someone crouched behind the Ping Pong table “Quit, stop that!”.  I make my way around to witness Mikey, pants around his ankles, furiously pleasuring himself.  Edna seeing my approach switches to a motherly-like tone through her cigarette-tarred voice.  “We have a guest today Mikey, and when we have guests we conduct ourselves appropriately, you are not being very polite.”  Mikey responds by increasing his tempo and ferocity.  Evidently a regular occurrence from the relaxed manners of the ex-football meathead orderlies.  I face Edna, her over-powdered leathery-smoked skin, heavily mascaraed sunken in eye sockets, french nails tipped grapevine like hands replete with a bleach-blonde mullet…  In this place, very possibly, even very likely Edna is a desirable commodity.  Why else would she put so much effort into her appearance?  But ever the courteous guest.

“It’s alright, no need to force anyone to change behavior.  Mikey doesn’t have to stop displaying his affection for you because of me.”  That’s the politically correct and proper thing to say right?  So why is Edna burying her forehead and face in the palm of her hand?  Without missing a stroke Mikey exclaims “I wouldn’t screw her with your dick and them pushing.  I’m screwing Steve’s wife while he’s in Vegas!”

The meatheads burst out laughing, push me aside and hooks Mikey under each arm down the hall, he doesn’t miss a single beat.  Steve now blaring full blast “Vivaaaa Las Vegas…” on his radio.

I get to the studio and replayed the events in my head.  A freelance producer chewing Nicorette gum and chain smoking screams into his bluetooth ear piece, evidently to his assistant.  “You never say we got the money, you know why you never tell anyone we got the money?  In this fucking town, this fucking industry, just one person knows and everyone, and I mean every fucking one and their grandmother will come and try to get a piece of it.  Doesn’t matter if they are worth it, they always believe they are worth it, they believe they worth more than your entire budget!  And they will grind you for it, they grind you until you feel just giving them the fucking money to get them the fuck away from you is what’s really worth it!  So be crazy, that’s the only way to get anything done in this god-foresaken town!!!”

Annoying as he is, tough to fault him, in his world, that’s what it is.  And just then, I got it, “Crazy is not what everyone thinks it is.”  I saw the most fortunate person that day in the form of the richest man in the world. 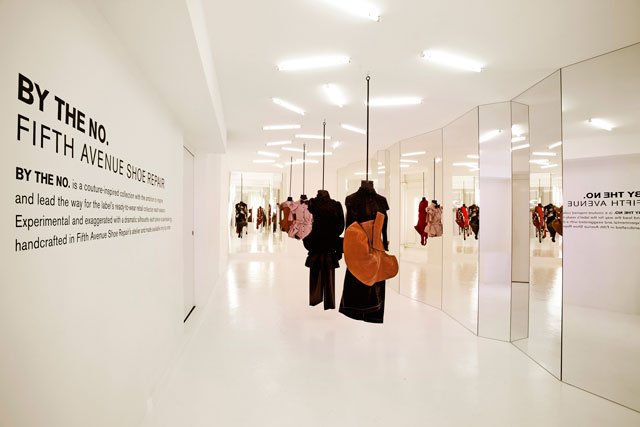