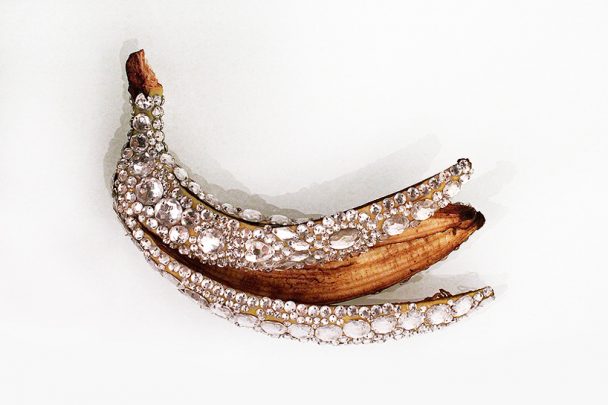 First rule of being a drug dealer is don’t do your own drugs.  Straight forward easy-enough-to-comprehend logic, does not require deep deliberating, yeah?  Drugs alter your state of mind, gets you high, which affects decision-making ability like giving more drugs to someone who’s already in debt to you; slinging to an undercover cop, snitch or pregnant female;  accepting sex as payment from the loser of a fight with the ugly stick.  Using your own product affects your profit, negatively.  …So why are otherwise intelligent, financially successful individuals that easily grasps this drug-dealer analogy doing massive doses of their own shit?

A thirty-something hiply dressed owner of XYZ company struts into my studio and proceeds to sell me on everything he believes is the cause for the limited success of products he’s imported from China for the US market.  Let’s call him Dick Bromance, Dick for short.

Dick: You ever seen F**S on youtube?  He’s so original.

Dick: Don’t you think he is so original?  No body films military action like F**T, it’s so nice, he’s so original.

Me: OK, so the consumer demographic you want to reach is the 16-22 year old, high school and college males with majorly parental provided disposable income.

Me:  …the 79 year old grandma in Kentucky is going to find you entertaining because…?

Me: …And you want to be original, right?

Dick: Of course original, I am original.

Me: Didn’t you just say “original”?

Me: …How is doing what F**T has already done and doing, original?

Common question I ask, what good is the Mona Lisa if no one has ever seen it?

Media 101 & Piracy Metrics.  There are primarily two types of content, commercial (corporation pays for consumers to watch it) and premium (audience pays to watch it).  There’s also propaganda and news, where rewards are made available to influence those that produce commercials and premium content, but that’s another essay.  Everyone surfing online is aware of sites that provide access to premium content that shouldn’t be free.  So what does that say about the latest critic’s favorite, Oscar/Emmy winner, blockbuster  if no one cares to watch it?  Remember, it’s free.

Usually my Mona Lisa question illicit a response that’s got nothing to do with the question.  But when I reframe; what good is your Mona Lisa if no one cares, I need to open an umbrella and brace myself for the spray of spit spewing from rapid-fire mouths justifying their idea/movie/music/project/thought is what everyone, Bingo playing grandma included, desperately craves and refuse to as well as can NOT live without.  Their (*insert thought) is more important than science, more relevant than Presidential decisions, will be more viral to all minds than all religions in every language, combined.

What gives me a giant softy is the usual “humility” these thoughts have been expressed to me. “Nobody makes the movies I want to watch” to “Society needs my translation of cultural leadership…”  This industry desperately needs some talent that actually knows better than to sniff their own flatulence.