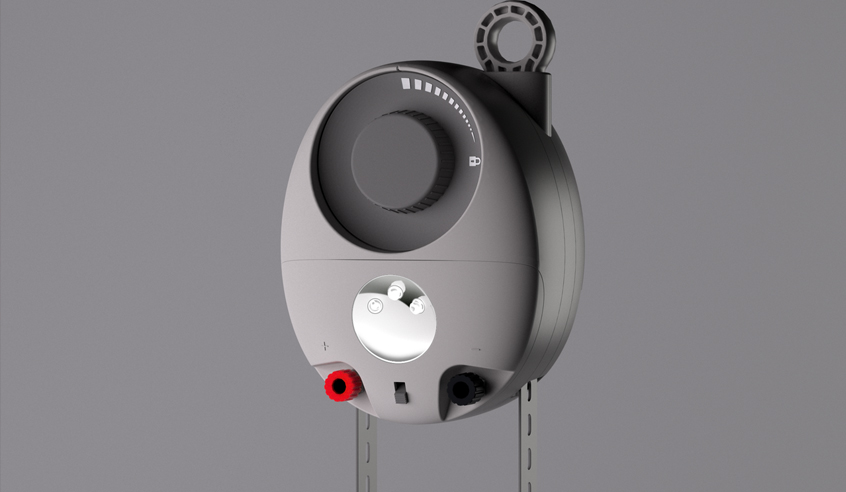 Progress hampering, corruption common, self crippling, easily dominated.  But not everyone in the first world wishes to advantage those geographically less developed.

British designers Martin Riddford and Jim Reeves recognized a problem that has more implications than just merely providing light.  Perhaps the most ambitious, most challenging and most noble of obstacles; energy.

A bag filled with around 9 kg (almost 20lbs) of stone or dirt is suspended by a cable from the unit.  As the bag falls, it activates the dynamo and generates electricity for half an hour until manually repeating rotation.  Works much like a grandfather clock.  The ingenious solution is based on the ever freely-present-on-earth laws of gravity.

The implications of this quite tremendous as further R&D improves efficiency and has the potential to power much more than LED light nodes.

Original launch for the Gravity Light was $55,000 to produce 1,000 units for less than $5.00 per unit.  But a short run on Indiegogo and more than $400,000 was devoted.  Easily an investment where only return being the fulfillment of the original launch plan is the worthwhile return.

No fuel, not solar power, not even a battery, no foreseeable negative impact to environment.

Respect to you Martin and Jim.  On this day, December 25th 1642, borthday of Sir Isaac Newton.