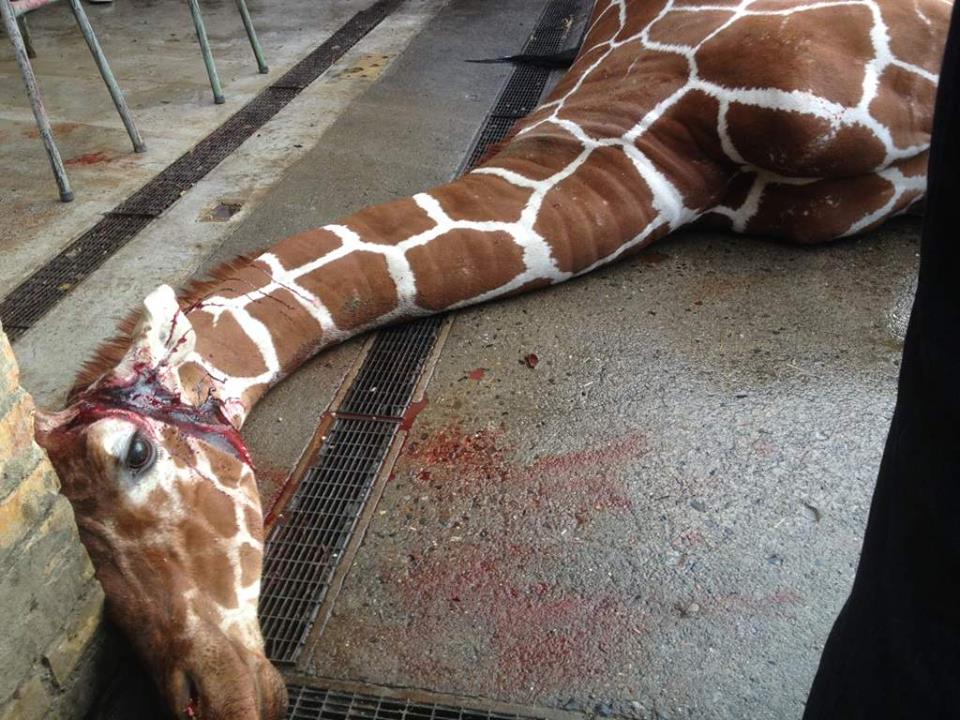 Perhaps nothing exemplifies vileness more than faith in human exceptionalism.  This singular conviction demands us to strip our fellow man of his dignity, cage our fellow species we share this planet with, all for that one small singular belief.
The real modern day absurdity caused by this self-delusion is not just limited to bigotry, fanaticism, sexism, dogmatism, sectarianism, or even greed.  It’s the justification, the motivation, to commit crimes against nature; hypocrisy.

This article on CNN: http://www.cnn.com/2014/02/10/world/europe/denmark-zoo-giraffe/ details the god-like role humans have on the Disney education-promoting song Circle-of-Life.  If animals were to believe in religion, their gods and demons would be in the shape of humans.  And now this zoo is receiving death-threats for having killed a giraffe and fed it to their carnivores…  Death Threats… 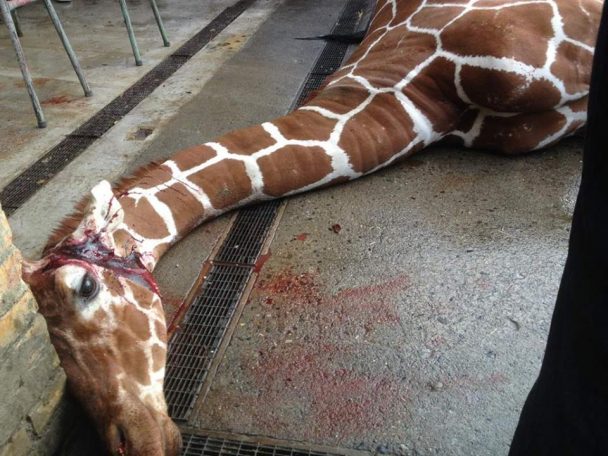 In the wild, giraffes are on the menu of lions and other predators.  At which point did farmed animals such as cows, sheep, chickens etc become a lesser animal than a giraffe?  Do the cows, sheep, chickens live a less agonizing existence knowing it will end up on your dinner table?  Meat that comes from a grocery store is acceptable as dinner but killing the animal is not?

Is it OK to end the life of another animal for our own existence or is it not?  To which ideology are we subscribing?

The reason the Danish Zoo gave for euthanizing Marius the giraffe is to prevent inbreeding.  Inbreeding occurs when there is a limited selection for mating.  Results of closely related genetics reproducing is homozygosity, recessive and deleterious traits in the offspring.  Which often leads to a decrease in the fitness of a population, or Royalty.  Decree of Monarchs is royals can only mate with other royals.  That is an ever decreasing circle of eligible mates.  http://en.wikipedia.org/wiki/Inbreeding

Is it OK to kill to prevent inbreeding or should we continue to exemplify and promote royal inbreds?  To which ideology are we subscribing?

After news outlets broadcasted the euthanizing, protests and death threats flood the Danish Zoo.  Never mind the enslavement of our magnificent fellow animals for no other reason than for our amusement, we want to end violence with even more violence…  Interesting the belief some harbor the self-entitled right to take the life of another.  Is it because he’s better, more exceptional, more godly perhaps than the life he’s willing to end?

Is it OK to be more violent to end violence?  Is the most violent humanity’s most elite?

Should we continue to spotlight and exemplify defective inbred populous over educating scientific human advancement?

While the story of Marius grabbed global attention for the Danish Zoo, a little story of a 5-year-old lioness Johari at Dallas Zoo getting killed by a male lion in her pride, her brother as according to CNN barely makes a tinkle.
http://www.cnn.com/2013/11/18/us/dallas-zoo-lion-killed/ 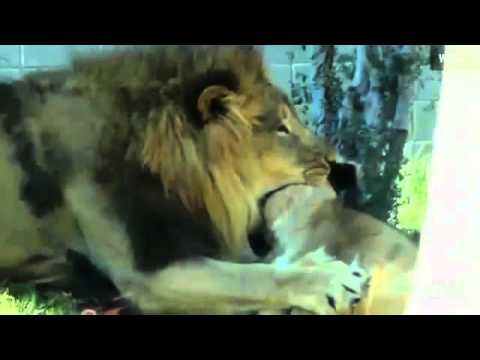 Would this male lion have done so in the wild, in their natural habitat?  Did he kill his sister because he believed he was superior?  Was he just bored?  Apparently no human, including the experts, knows.  Should we impose our exceptional human culture onto the way these animals’ behavior so it’s more easily understood by us?  With these animals in captivity in our zoos for our entertainment, we obviously are.

This belief in our own exceptionalism, this belief that gives credence to our hypocrisy which demands us to always be superior to the next man…  A survey conducted of 1,000 people where the only question asked was “Do you honestly believe you are smarter or dumber than most people?”  99% answered they were definitely “smarter”.  Question is then, how really smart is anyone when Public Interest is that of the opinion of the majority of the public, of which everyone contributes to, that’s deemed dumber than you, by you?
The Denmark Zoo’s explanation of their decision.  Could almost call it eugenics: http://www.bt.dk/danmark/the-whole-explanation-why-was-marius-killed