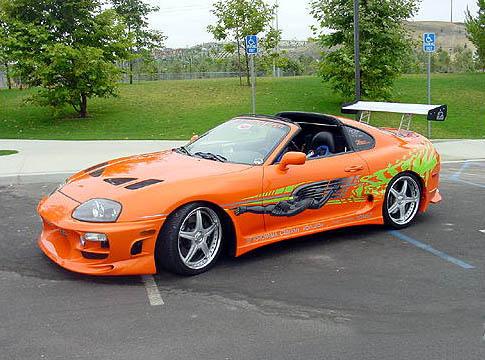 I came across a critique on Paul’s tragic accident by author “Adora Bull”.  Red flags went up instantly, but as I scrolled I saw an incredible amount, and growing, of death threats and calls for Adora to be thrown into the nut house.  Being the article title was Adora Bull On Suicide Watch After Receiving Flood Of Death Threats From Fans Of Paul Walker, hosted on a site called Modern Woman Digest, credibility of even the postings is immediately questionable.  So I posted the article onto my own FB page.

Friends and friends of friends immediately responded with she should have known better, citing ignorance of popularity of Fast & Furious franchise, author abused drugs claims and require jailing to “it has effected her opinion”. Yes, should be affected, rather than effected. http://www.grammar-monster.com/easily_confused/affect_effect.htm

So the result of No Child Left Behind is even a bigger victory for the Assault on Intellect agenda.  Fuck your First Amendment freedom of speech rights, if your opinion is different than ours, should should die!  WTF?!?!?!  Regardless if article is a troll, the sentiment of different-thinking remains unaltered.  Author going by “Adora Bull” doesn’t like Paul.  Reasons for the hate are cited in typical feminine attack fashion, and so?  Does that mean “Adora” is on drugs?  That she is obliged to like someone because of popularity?  Because after death opinions needs change 180°?  Funny, someone living has the ability to change and maybe alter your opinion, but in death, your last remembrance of the individual is just that, yours,  for the rest of YOUR life.

There is quite a difference between free speech and incendiary speech.  As Adoring-A-Bull may she, she made known an opinion of a tragic incident that has ALREADY happened while court of public opinion is opining for her death and suffering CURRENTLY.

No society can long remain civil if free speech is oppressed.  Even in countries with no constitution and blasphemy law, public displeasure of Lizi staying cozy in the palace is very publicly communicated.

Celebrate a very perfected system of self-subjugation, or take heed in the reminder of “lynch-mob” history.  Either way, we are in a world where kids mow down people with cars and shoot up their schools just to “know what it feels like to play Grand Theft Auto in real life”.  An actuated democracy where masses rule has very real consequential danger.  Persecuting the innocent that thinks different rather than lockup those that subjugate the majority to think the same isn’t addressing the monumental problem of ignorance.  It achieves the exact opposite.

“I do not agree with what you have to say, but I will defend to the death of your right to say it.” – Voltaire